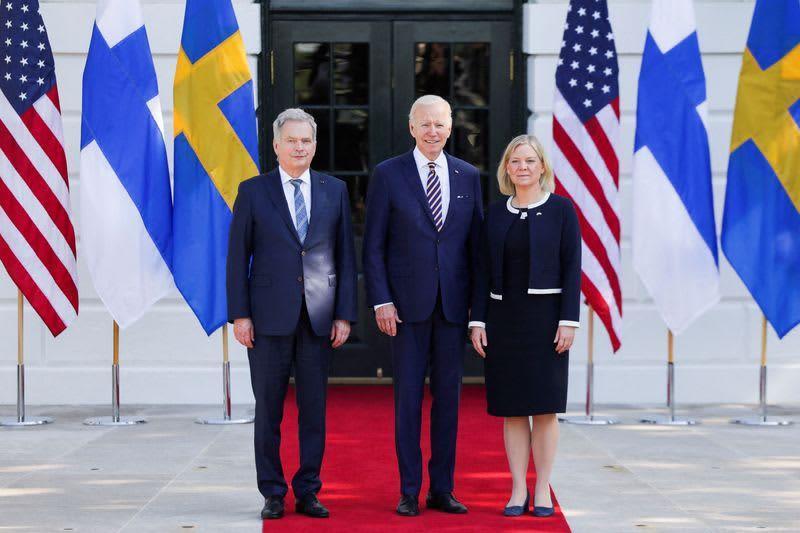 By Natalia Zinets and Jonathan Landay KYIV/SLATYNE, Ukraine, Ukraine (Reuters) -Turkish President Tayyip Erdogan dug in over his rejection of Sweden and Finland joining NATO, casting a shadow over a White House visit on Thursday by the leaders of the Nordic nations who applied this week to join the U.S.-led alliance. Finland and Sweden say they have been spurred into joining NATO by Russia’s invasion of Ukraine, reversing generations of military non-alignment to bring about the biggest shakeup in European security for decades. U.S. President Joe Biden hosted Swedish Prime Minister Magdalena An…