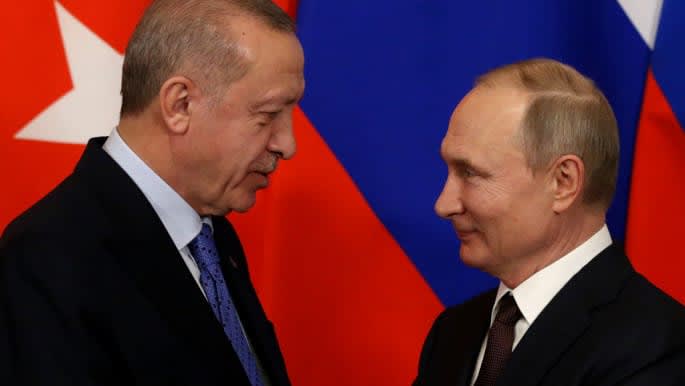 Russian President Vladimir Putin and his Turkish counterpart, Recep Tayyip Erdogan, on Sunday pledged to improve ties during a call, both sides said, after tensions mounted over drones and NATO in recent weeks. Turkey, a NATO member since 1952, has angered Moscow by supplying combat drones to Ukraine that Russia fears could be used by Kiev in its conflict with separatists in two eastern regions. Putin and Erdogan “exchanged New Year’s greetings and summarised the main results of bilateral cooperation and confirmed the desire to further intensify the mutually beneficial partnership between Russ…