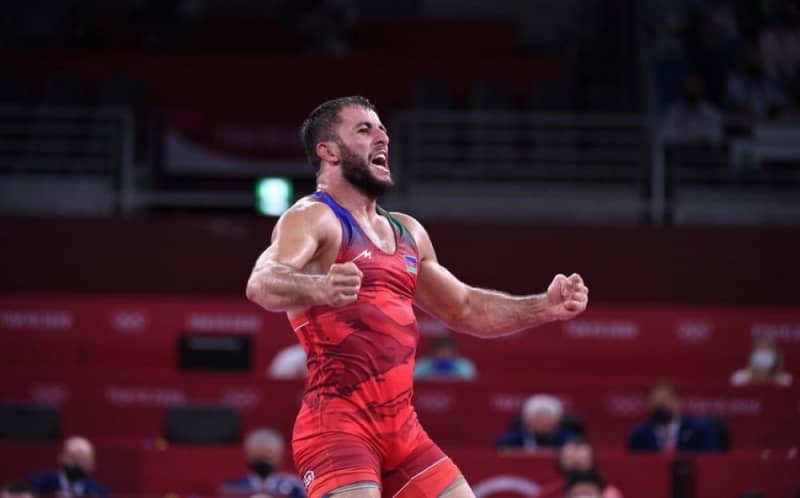 By Laman Ismayilova Azerbaijani Greco-Roman wrestler Rafig Huseynov has become a three-time European champion after claiming gold at the European Championships in Budapest, Hungary. He secured the medal in the men’s 82kg final after defeating Georgian wrestler Gela Bolkvadze (2:1). Huseynov (82 kg) joined the competition from the 1/8 finals, where he left no chances to his Czech opponent Petr Novak with a score of 5:1. In the quarterfinals, he won over the Hungarian Tamas Levaya (2:0). Huseynov also defeated Moldavian Mihail Brada in the semi-finals and reached the final of the championship. N…