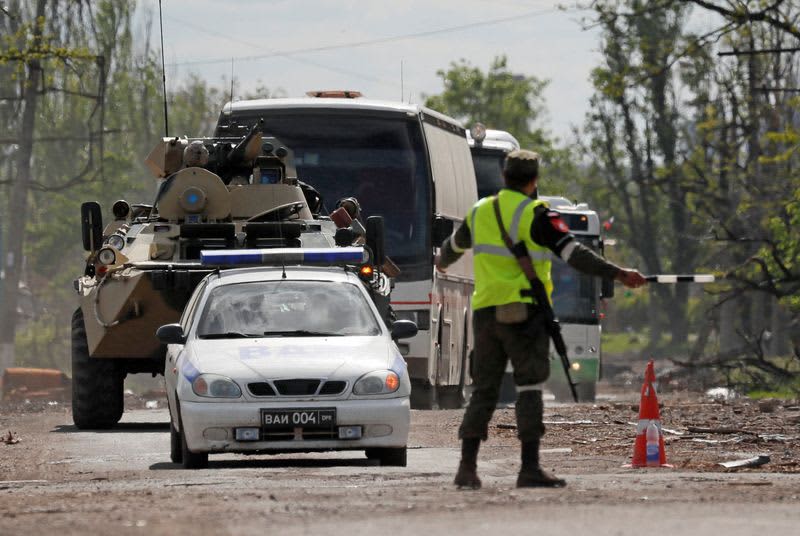 By Max Hunder KYIV/MARIUPOL, Ukraine (Reuters) -Moscow said nearly 700 more Ukrainian fighters had surrendered in Russian-held Mariupol as it shored up a key gain in the south, while the United States became the latest Western country to reopen its embassy in Kyiv. Ukraine has ordered its garrison in Mariupol to stand down, but the ultimate outcome of Europe’s bloodiest battle for decades remains unresolved. Top commanders of Ukrainian fighters who had made their last stand at the Azovstal steelworks in the port city are still inside the plant, according to the leader of pro-Russian separatist…