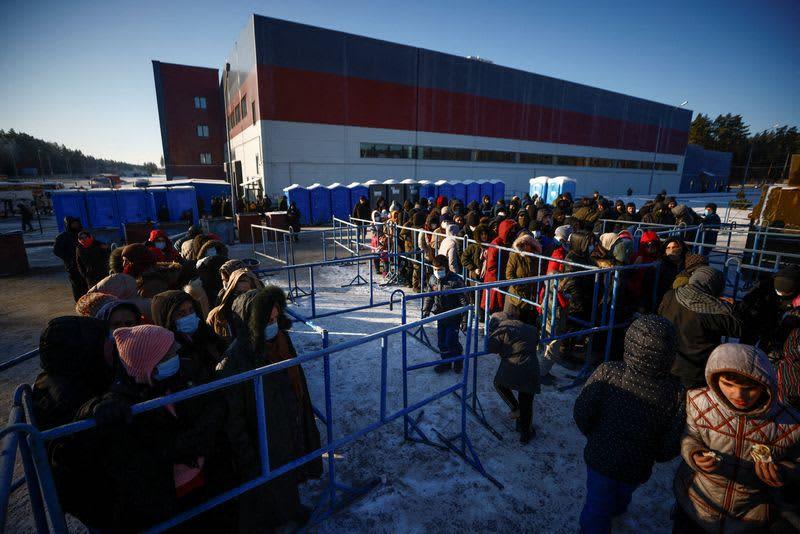 By Lev Sergeev and Maxim Shemetov BRUZGI, Belarus (Reuters) – Sleeping on mattresses in a Belarusian warehouse, hundreds of Middle Eastern migrants are still clinging to the hope of a future in western Europe as the year draws to a close. The nearly 600 migrants, from countries including Iraq, Turkey, Iran and Syria, are among thousands who flew to Belarus this year and tried to cross the forested border into Poland. The European Union says Belarus encouraged them to come and then pushed them towards the border in a deliberate attempt to destabilise its eastern frontier. Belarus denies orchest…