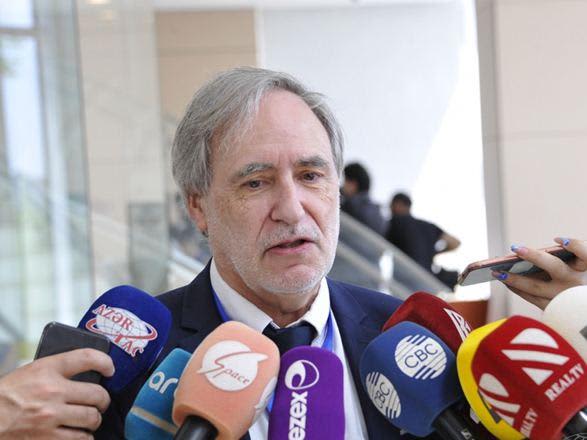 By Trend Jean-Michel Brun, Director General of French Lagazetteaz.fr newspaper, founded by Trend news agency, said he was impressed by the Azerbaijani President Ilham Aliyev’s speech in foreign language at the international conference on “South Caucasus: Development and Cooperation”, Trend reports. Brun made the remark on the sidelines of the mentioned conference held on April 29 in ADA University in Baku. “President Ilham Aliyev talked to us without making any notes for three hours. It’s great,” he said. Brun pointed out that the president spoke at the conference about the situation in Azerba…

US scales down sanctions on Venezuela, enabling US oil giant Chevron pump oil