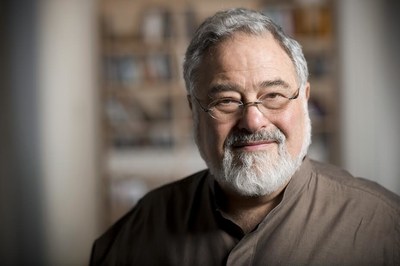 Dr. Lakoff is widely recognized for his groundbreaking research as the leading expert in the field of framing ideas and language and in research on metaphorical thought and the metaphorical language that expresses largely non-conscious metaphorical thought. He now brings that knowledge to machineVantage’s pioneering work applying artificial intelligence and machine learning to improve both products and the marketing of products that better serve the public.

“Metaphors evoke deep and powerful responses in the non-conscious mind where machineVantage’s technology is focused, and where more than 95% of decisions are made, including purchasing decisions,” said Dr. A. K. Pradeep, the company’s founder and CEO. “Marketing leaders understand that unique power, but until now it has been challenging to harness it effectively and consistently for both improving products as well as their brands. Combining Dr. Lakoff’s expertise in metaphors with our proprietary artificial intelligence and machine learning algorithms offers companies a new and unmatched competitive advantage in the marketplace for healthier products that are also better marketed. Considerations of health and life improvement is what consumers need, but also what they want and will buy if they are marketed honestly and effectively.”

machineVantage works with many of the world’s premier corporations, including global leaders in consumer packaged goods, healthcare, financial services, food and beverages, and more. The company’s specialty is the development of innovations in improved products as well as their marketing and messaging.

“Most thought is non-conscious and conscious thought is the tip of the mental iceberg. The reason is that all thought is physical, carried out by neural circuitry — and we have no conscious access to our neural circuitry,” Dr. Lakoff said. “All language, and all thought uses mental structures called ‘frames’. In addition, largely non-conscious metaphorical thought arises naturally throughout the world. Metaphorical thought reflects the most important matters in human life, and linguistic metaphors are a key to what matters for human beings. We live according to our metaphors.”

machineVantage and its Artificial Intelligence and Machine Learning platform provide remarkable opportunities to apply the cognitive neuroscience–based paradigms and computational models of linguistics to suggest new products that would increase human health and the quality of life in general — and provide messaging innovations as well.  Integrating metaphors seamlessly into better product innovations and their marketing is a next big step.

machineVantage was launched this year with Series A investments from Unilever Ventures and IRI.